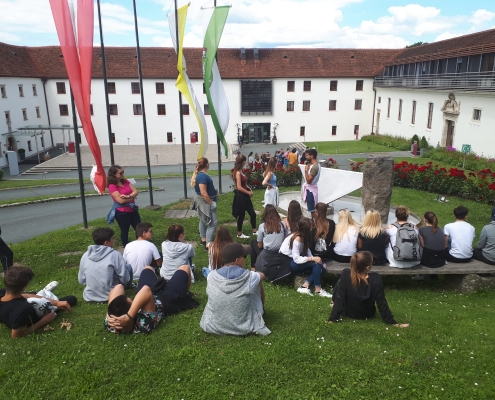 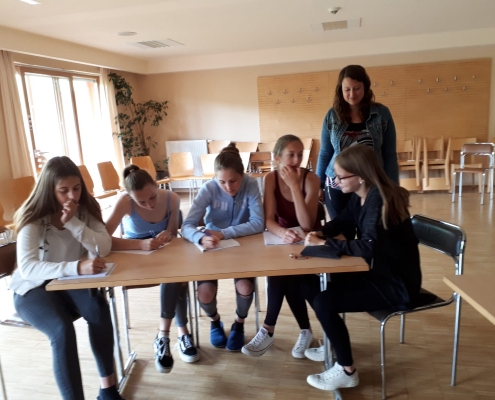 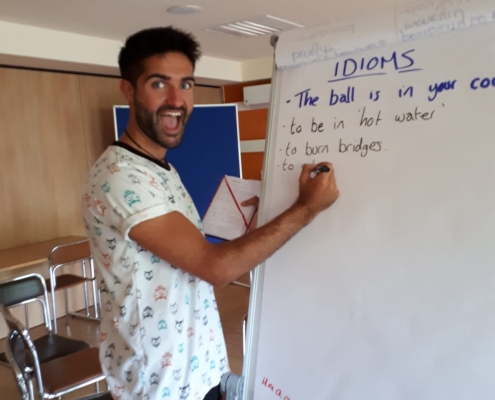 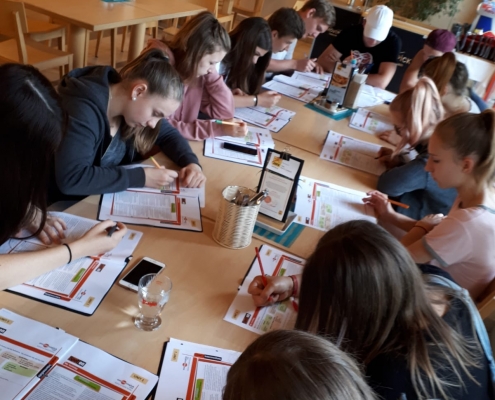 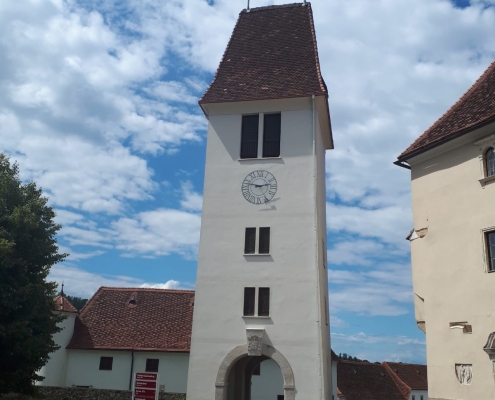 Language and Sports Camp in Leibnitz

The students of the 2AK and the 2CK enjoy English so much and cannot get enough of it, so they planned to spend five whole days with English lessons and all activities, whether sporty or teambuilding, with English as the sole way to communicate. There were three fantastic trainers for the students, Jonnie from Australia and Neil and James from the United Kingdom. In three groups with alternating topics and trainers, the students proved how capable they were of speaking and for some it helped to further lower their inhibitions.

Public speaking was practised by various presentations with widespread topics from serious ones like the Junior Companies to hilarious ones like ‘The History of the Garden Gnomes’. The trainers encouraged the students’ creativity when they composed their own tongue twisters. With the publishing of a newspaper, the students could show off their acquired article writing skills and the results were overwhelming. In the afternoons, there were sporty activities where the players had to prove their strategic skills and secure more ‘dragon eggs’ than the opposing team. The students showed their social skills by teaching one trainer beach volleyball and on the third day his skills almost reached mediocrity.

Another highlight were the ‘Leibnitz Globes’ where a highly professional jury of teachers and trainers had to face the almost impossible decision to determine the winning video of all seven brilliant nominations. On the challenge night, the architectural skills of the students could be admired, as they had to build the highest and most stable tower with only noodles and marshmallows. Other challenges included a human pyramid, singing a song or writing a love poem to the trainers.

The programme for the students was varied and so a tour of castle Seggau was also held so that the cultural interests of the students and teachers were also met. The guides led through the castle in German and the students translated everything to the native speakers.

Of course, there were also free periods for the students to enjoy and grow as a group. Old friendships were strengthened, new friendships were formed. Different activities included going to the gym, playing cards, exchanging make-up tips, watching the world cup or just talking for hours about anything, everything and nothing.

The perfect finish for a sweet week was the visit to Zotter’s chocolate theatre. Sustainability and Fair Trade as their business philosophy and an idea that arose after bankruptcy showed the students of the business school what is possible with a good idea and a strong will. With the stomachs full of chocolate, the journey home was as quiet as could be, which was probably also the result of an eventful and exciting week.