Hello everyone, I’m Harry, Lead Language Trainer at NSN and my colleague Astrid and myself had the pleasure of spending 4 days of fun in English with class 2A of PRAXIS HAK last week at a youth camp resort in Leibnitz. As per usual at every start of a camp, everyone was a bit shy (except the cheeky boys…) but you could see as the days went by that the campers were eventually at ease with being almost constantly bathing in a full English environment, if not the in the refreshing swimming pool by the camp site when it was too hot do anything but think and dream in English. We played a lot of challenging but fun role-playing games, took part in a series of action packed and instant laughter inducing activities where the pupils could express themselves in English and basically have fun doing it, losing more and more their inhibitions; we also played some sports, learned a new one even, where everyone could prove themselves and basically kick some butt, boys and girls alike, called Kickball, a fun variant of baseball and it turned out to be a massive success for everyone; we visited an old castle and enjoyed a nice guided tour that was more or less translated to us by the students with a bit of a happy surprise for all at the end to enjoy.

We also managed to chill and just watch a very interesting film about Steve Jobs and Bill Gates‘ debut not only as the world leaders in consumer IT tech but in business. We organized a fun talent show where singing, dancing and laughter guaranteed were on the menu for everyone to enjoy and participate in, where even the teachers Theresia Müller and Margit Ragger excelled at showing what forever young really means; and we eventually finished the camp with a product presentation where the pupils got to unleash their creative powers and create and market a useful product which they had to pitch to us, potential investors scouting for newer ideas. Great ideas have spawned out of that activity and I hope one day someone among you will take them to completion. Until then, I wish you guys a bright future and even more creativity and fun in whatever you do. I enjoyed very much being with you, I laughed with you while still getting you to practice your English, and for me, that meant the world. I will never forget you cheeky boys and girls… 🙂 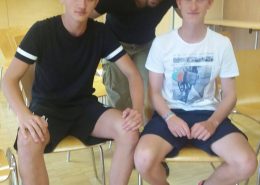 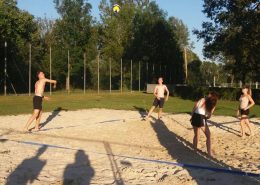 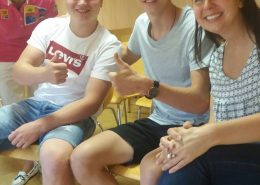